Tonight a Glossy Ibis put in an appearance at the marsh.  I have only seen the ibis up close once before this year and I had less than a minute to photograph him before the clouds covered the sun.  A little while later a Snowy Egret landed among a variety of birds with a reed in its beak. 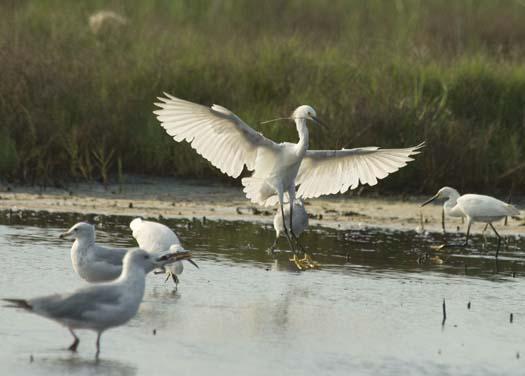 This entry was posted in Shorebirds, summer.